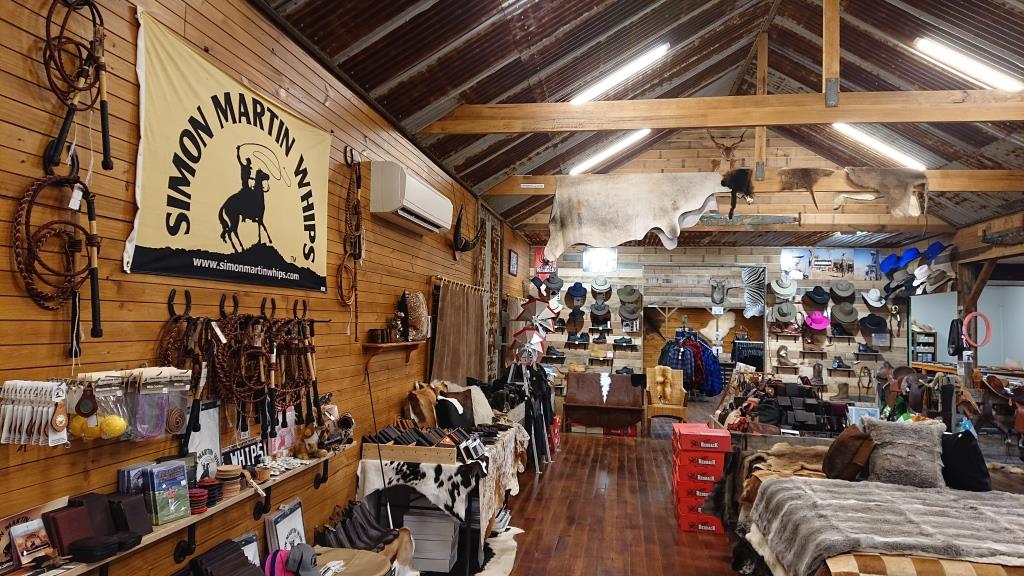 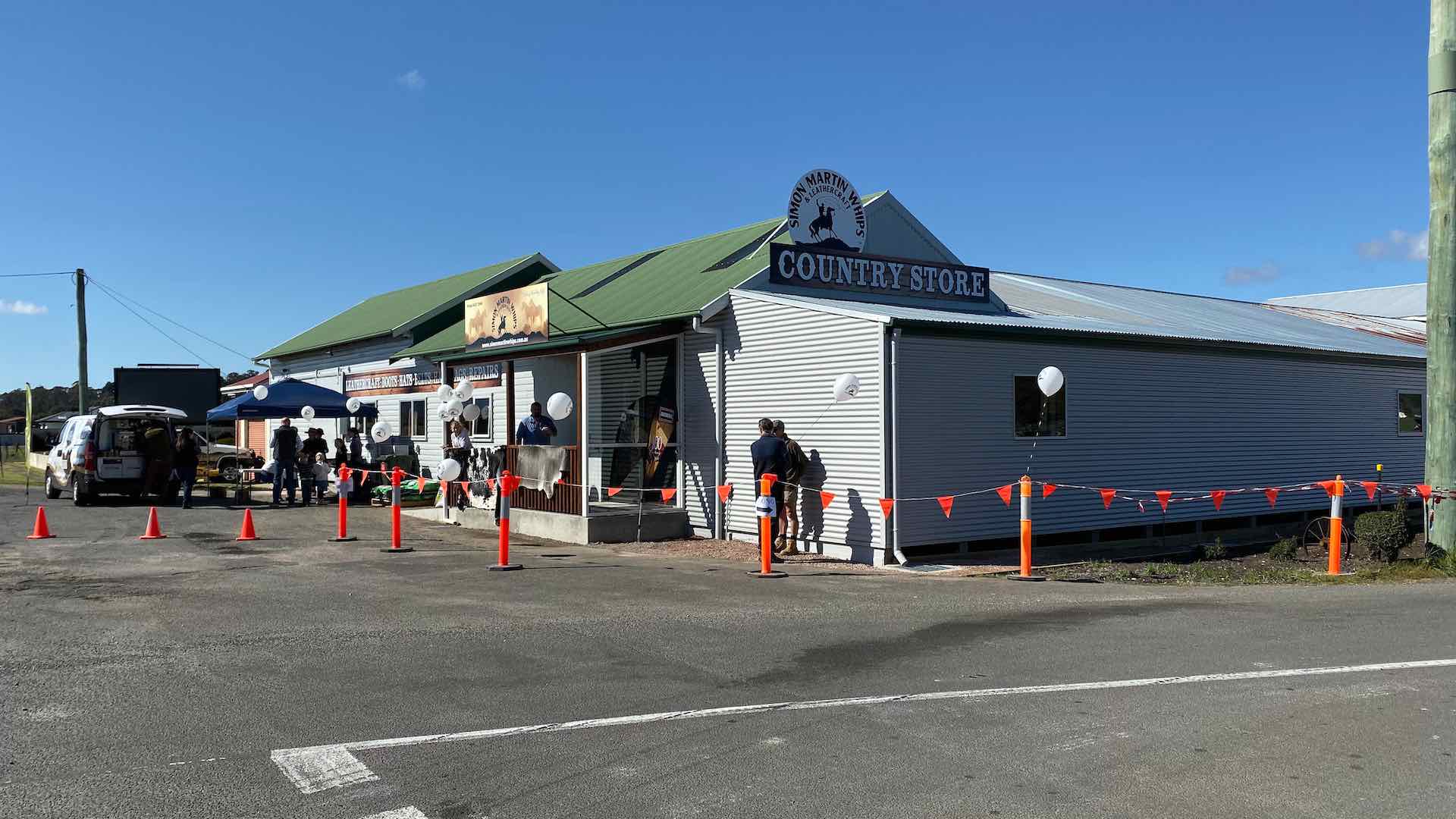 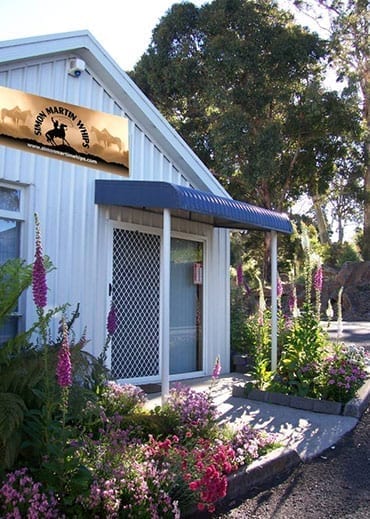 Simon Martin Whips & Leathercraft was founded in April 2004 by then 22-year-old Simon.

From what started out as humble beginnings in his parent’s garage in 2004, Simon then opened a retail/manufacturing outlet in Devonport, Tasmania, Australia and 3 years later employed Australia’s only whipmaker apprentice at that time.

Simon says “People were sick and tired of cheap overseas imports and I found customers were very happy to pay extra to buy quality Australian made products. If it wasn’t for this we wouldn’t be in business now. I’m thankful to all of our customers that keep coming back which has allowed us to expand the range of retail products we offer. The fact we stand 100% behind in whatever we do or sell has helped our business immensely.”

Simon began the business focused on manufacturing his own brand of products but the retail store now includes a huge range of products, both imported and Australian made, but still focusing on quality.  The store sells well-known brands including RM Williams & Akubra and has become a popular tourist destination in the Devonport/Latrobe area for young and old.

Whips purchased on this website may not be made by Simon unless requested. If you would like Simon to custom make a whip for you then please visit www.whipmaker.com.au. Simon currently has nearly a 2 year wait time for orders.

2002 – Simon began whipmaking as a hobby

2004-  Simon went fulltime whipmaking in his parents garage at the age of 21.

2020 – Registered as an “Australian Made” Business. 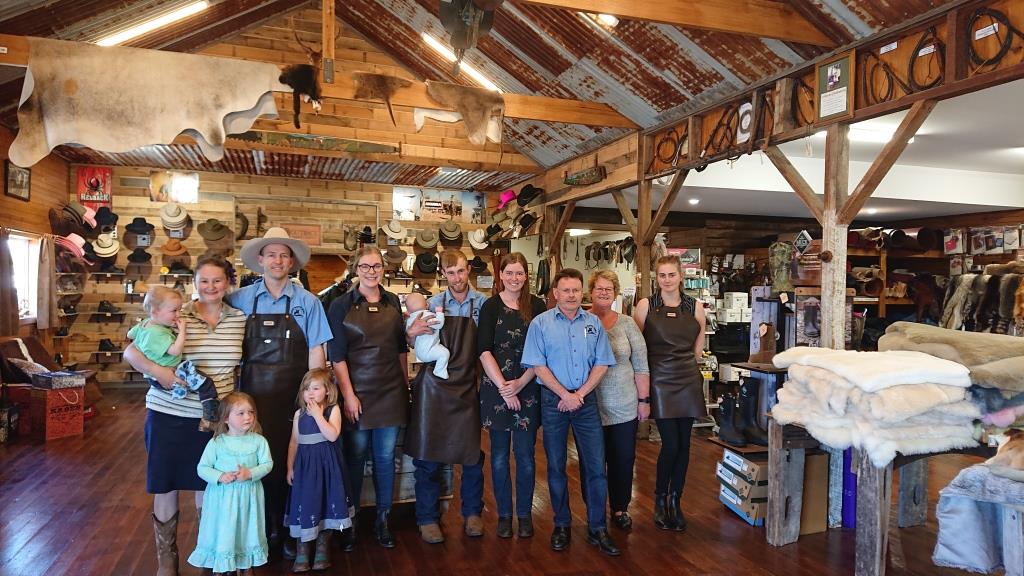 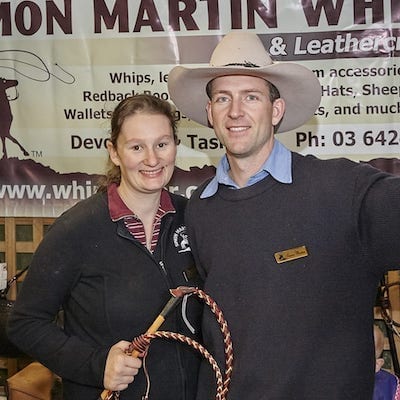 Simon & Sophie Martin (Owners)Simon Head Craftsman/Founder & Manager, Sophie - Simon's Wife & Admin
Simon spends most of his time making custom made kangaroo whips or little jobs that need doing on the spot. He also likes to get sometime to help customers in the store. Sophie is a home mum (to 4 young children), does the banking run and loves to open any stock that arrives in. 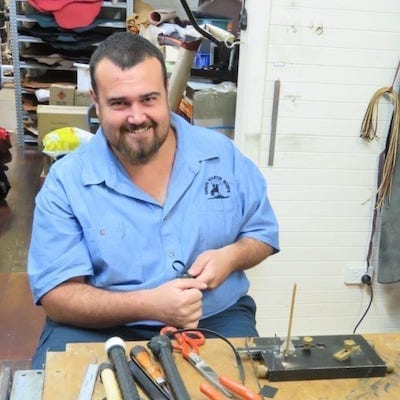 Andrew (Maker 1)Craftsman
Andrew was our 1st apprentice in 2008 and had a time away from Devonport before returning to work for us in 2018. He works full-time as a mechanic but helps us out when we are behind on orders. Andrew loves making matched pairs of Latigo Stockwhips and is always up for a chat to any customer. 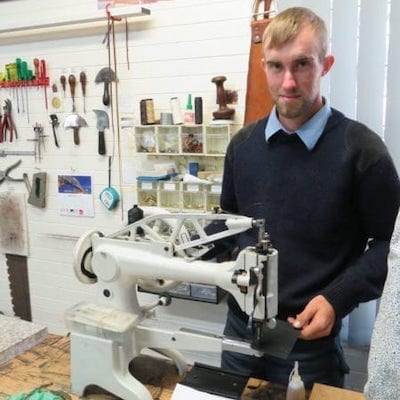 William (Maker 2)Craftsman & Head Saddler
William started his apprenticeship with us in 2010 and has continued working with us since then, although he did explore outback Australia for a time. He is a talented horseman and craftsman. He is responsible for making our saddles and he loves a challenge in making any custom made leatherwork. 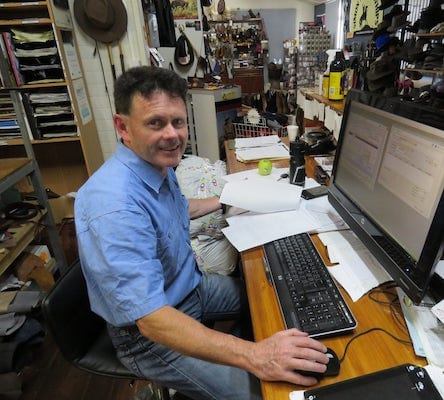 PatrickDistribution Manager
Patrick is our jokes man and keeps us laughing all day. Responsible for invoicing and sending out all our stock. He has been with us since 2016 and while he recons he’ll never be able to punch a hole in a belt straight, he loves his job. 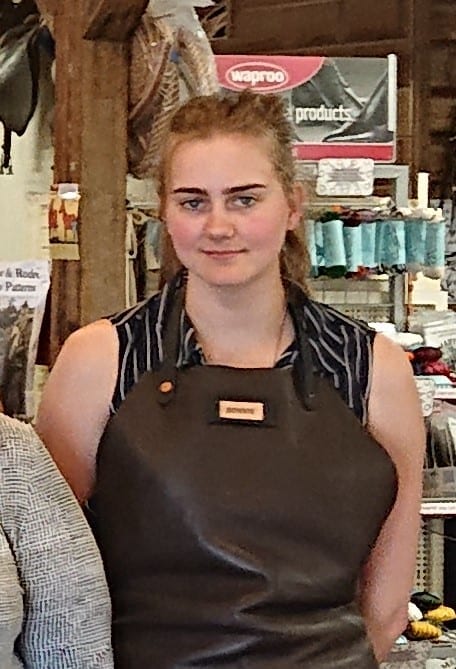 Bonnie (Maker 3)Retail Assistant & Craftsmen
Bonnie started with us in 2018 just helping pack orders partime. Now fulltime she has since become proficient in repair jobs, making Latigo stockwhips, phone pouches and other leather goods. She also wants to serve coffees from our new store one day. 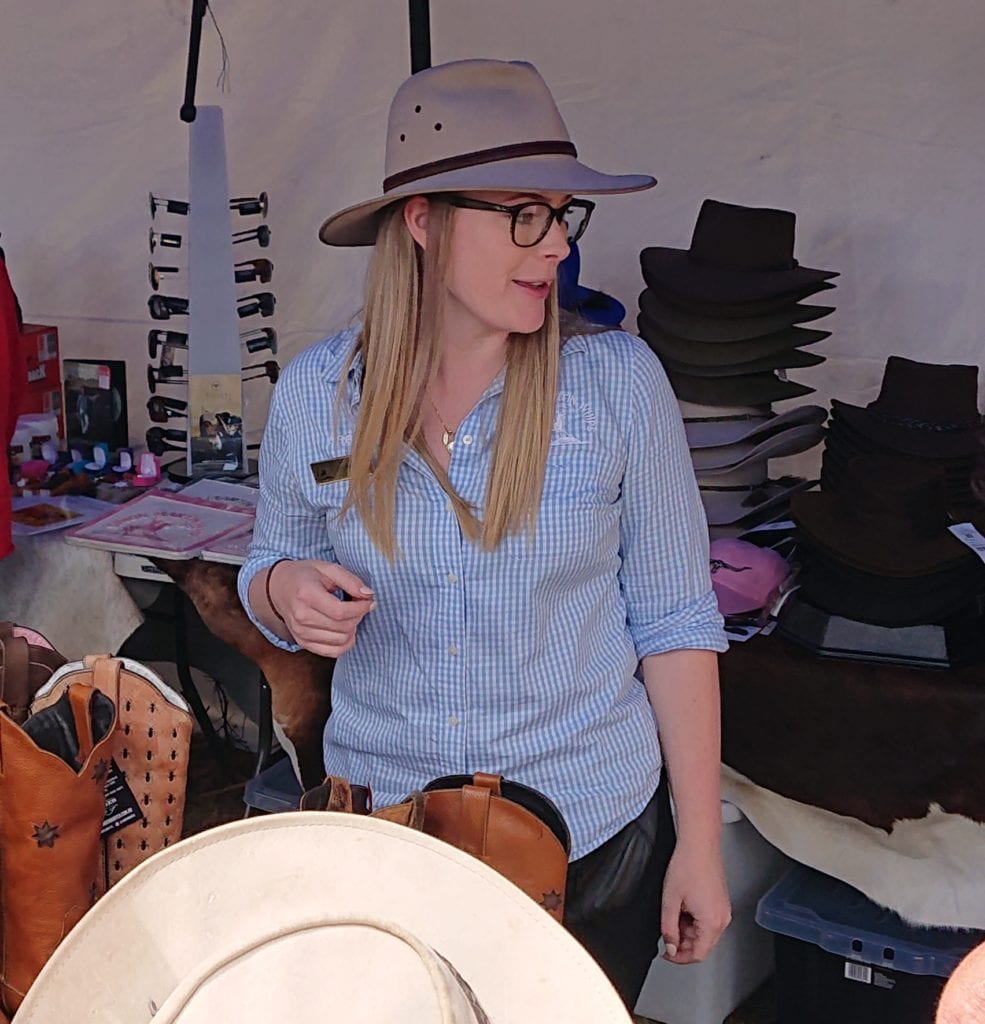 Abbey (Maker 4)Retail Manager & Craftsmen
Abbey began working with us in 2019 and is passionate about tourism and event stalls. She is always happy to greet customers with a smile and help in anyway. She will often answer the phone and when not doing that she likes to be making small leather projects on her work bench. Also she loves to do Instagram and Facebook posts. 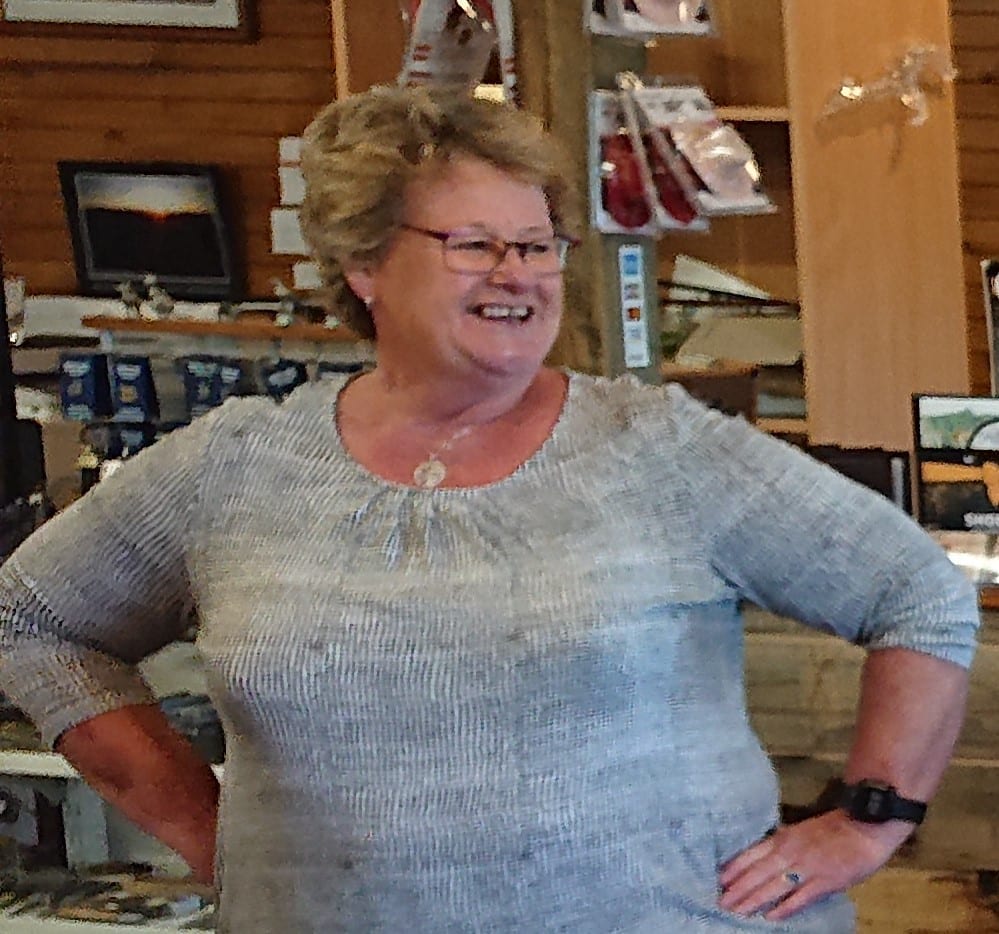 DebSimon's Personal Secretary
Deb began working with us in 2020 and has been a great help in reducing Simon’s email load so that he can get back to his work bench. Deb will mostly been seen tapping away at the keyboard or laughing at Pat’s jokes.

ChloePacking & IT Support
Chloe (Williams wife) began with us 2 days per week in early 2020 and is our quite work worker. She helps our Mondays to be less stressful in helping pack our customers parcels after a busy weekend of online orders. When time allows she is busy adding more products onto our website.

2019 picture of our staff family at the old shop. 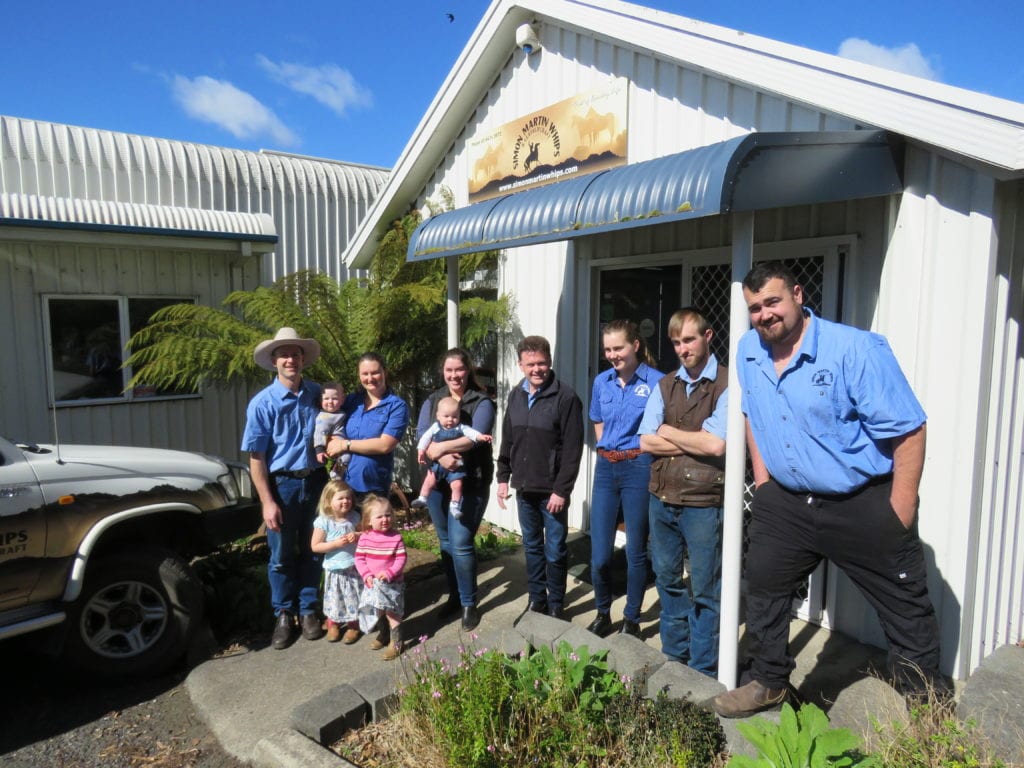